Since starting at Hymers as a young teacher in 1982, I have always enjoyed being involved in fundraising, and have been privileged to have worked in a school where this was both valued and actively promoted.

Some of my most memorable recollections during my time at Hymers are from our whole school charity days - who could forget the dancing dinner ladies, the public de-bearding of Roger Wooldridge on stage, not to mention the squeals of pain from 6th Former Wesley Metcalfe as he had his extremely hairy legs mercilessly waxed by his “friends” in front of the whole school, cardboard city sleep outs in the school grounds - would most definitely not get away with that these days - to name but a few.

From the first event back in the early eighties, which raised money for the Baby Unit on Hedon Road, to the last whole school charity day in 2012, which raised over £30,000, local organisations have benefitted from donations well in excess of £150,000.

Experiencing the boundless enthusiasm and inventiveness of pupils and teachers, together with the incredible generosity of parents - the stand-out being the donation of a brand-new car for the raffle - left me with a hole to fill as I approached retirement, so the idea of a charity cycle ride across the Humber Bridge seemed like a potential solution to fill that gap.

In 2013, I was fortunate to meet up with a Hymers parent, Andy Cawley, who brought a wealth of cycling experience to the nascent project, which we christened “The Humber Bridge Sportive”.

We had 3 clear aims in mind:

Since 2017 we have been based at the Hesslewood Office Park, and together with a fantastic team of helpers and supporters, the ride has grown from 300 in 2014, to over 800 in 2019. This year, given all that has happened, and 2 years of cancellations, we were delighted to welcome over 500 entrants.

It has also been possible to contribute £2,000 towards the purchase of an assisted bike for local cyclist, Daren Smith, which has been a massive help in his recovery from a stroke.

In 2020, the HBS donated £1,000 to help set up The Hessle Food Bank, which is based in the Community Centre in Hessle, and which continues to provide help to those struggling in the ongoing crisis.

The Covid years have been challenging, and because of 2 forced cancellations, alternative ways had to be found to raise funds, so in 2020, I spent the day cycling the combined mileage of the 3 routes, 126 miles, on an indoor bike! £1500 from the Just Giving proceeds were donated to local NHS projects. 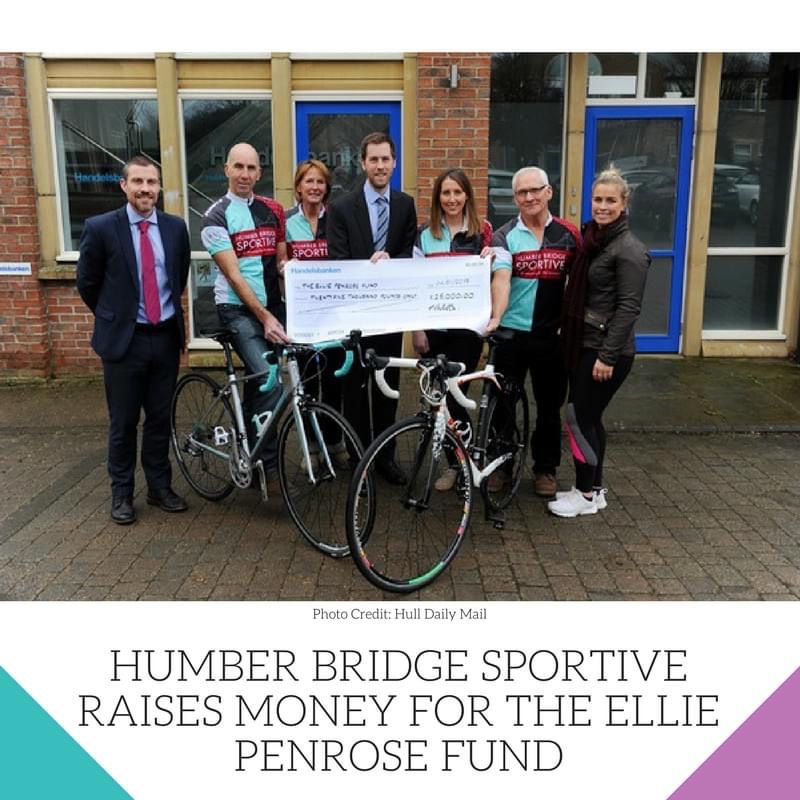 Appointment of Vice President of the Old Hymerians Association in 2022

Will Hairsine, OH 1992-97, has been appointed the role of Vice President of the Old Hymeri More... Jack's visit to the House of Commons In his final year studying Veterinary Science, George spoke about how past alumni helped h More... Professor Amitava Banerjee (OH 1986-96) talked about his work as a cardiologist and resear More...