Hymers competed in the show, hosted by Carol Vorderman, which was televised on Granada TV in 1994 and 1995 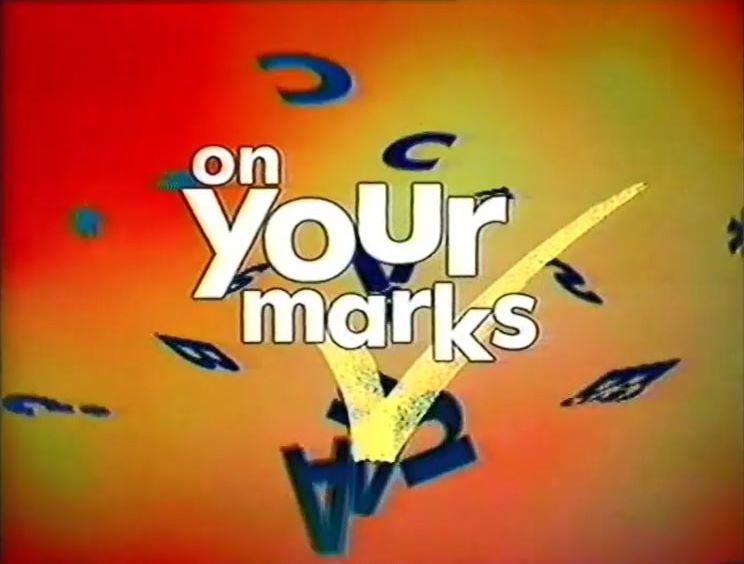 On Your Marks was a school quiz TV show, televised on Granada TV during 1994 and 1995.  It ran for two series and in each series featured a team from Hymers College.  It was hosted by Carol Vorderman with the first series filmed at Granada Studios.  The second series was filmed at some of the competing schools, with two episodes filmed at Hymers College in 1995.

The episode featuring Hymers College in the first series was filmed in May 1994 with a team comprised of Emma Sellars (Captain), Phil O'Donnell and Abby Wilson.  The quiz consisted of several rounds, some of which they were assisted by teachers.  Mr Merrick assisted in two of the rounds, Mr Meadway named minerals and Mrs Glover had to cycle a kilometer as quickly as possible.  Hymers eventually beat Leeds Grammar (final score 82 v 110).

To view the photo gallery below, containing screenshots from the episode, please login to your Old Hymerian account.

Memorable quotes from the episode included:

"They are hip, they are hop and they are happening, they are Hymers College in Hull."

"It is the one and only, Speedy Meady, Mr Meadway!"

Whilst we are still trying to find out more information on the second team, we have learnt that Mr Nicholls and Mr Merrick were the two teachers involved in the episode. Nick Brown was the team captain, along with Amitava Banerjee and Joanna Elder and they beat Scarborough College.

After taking part in the competition, Amitava wrote about his time on the show for The Hymerian, which you can read here: On Your Marks.

We have been able to get footage of the first episode, however we are still trying to track down footage of the second episode featuring Hymers College.  If you know anyone who has a copy of the second series episode or you are able to help us find it, please contact The Development Office.

If you are interested in seeing the other episode that was filmed at Hymers, please click on the link below:

To view this News Article Snippet from the Archives: Early Photo with Charles Gore

Can you help us find out more details about this photo? More... HM The Queen watched archery students during a visit to Hull More... To celebrate The Queen's Coronation, the whole school took part in a banquet, fit for a Qu More... Can you help us put names to faces in this photo? More...