Thursday 17 November saw our first alumni event outside of Hull and London for many years. The Development Office, accompanied by Headmaster, Justin Stanley and Director of Sixth Form, Charlie Gaynor-Smith, headed to Newcastle for the evening. There, we caught up with recent school leavers who are now studying in the city, as well as past leavers who had settled in Newcastle and the surrounding area. Thank you to those who braved the rain to attend the evening with us.

Among those attending was Michael Gale; students in the early 1990s would remember Michael playing the organ in school assemblies. Tim Wigglesworth, who now lives and works in Newcastle, was surprised to see two separate friends there, Phil Almond and Chris Lucarelli, whom he had met since leaving school but wasn't aware that they were Old Hymerians as well.

Martin Bingham also joined us for the evening, whose father was former Junior School Headmaster Peter Bingham (1984-1995). Clare Wildey, one of the few girls who attended the Sixth Form in the 1980s, brought her daughter to the reunion, and Ellen Clifton, who has gone into the teaching profession, caught up with some of her sibling's former classmates.

The evening was well attended and gave the more recent leavers a chance to catch up with each other since starting university.

To view the photo gallery below, containing photos from the evening, please log in to your Old Hymerian account. 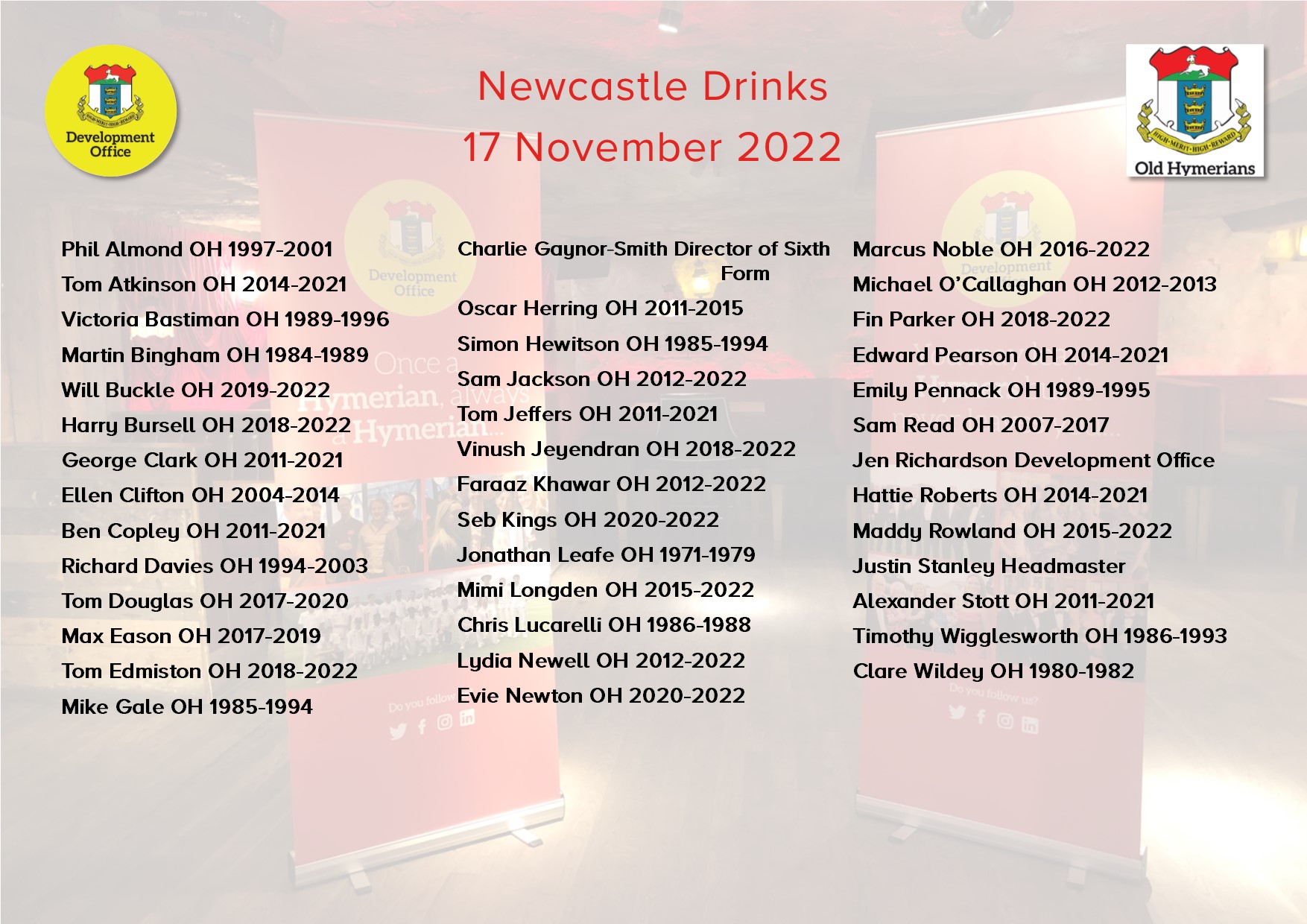 To view this News Article The event was marked by a Remembrance Service and lunch More... We celebrated Founder's Day as a school for the first time in many decades. More...