Paul Wilson, OH 1995-2002, visited Hymers with his family for the first time since he left Paul in the Chemistry Lab 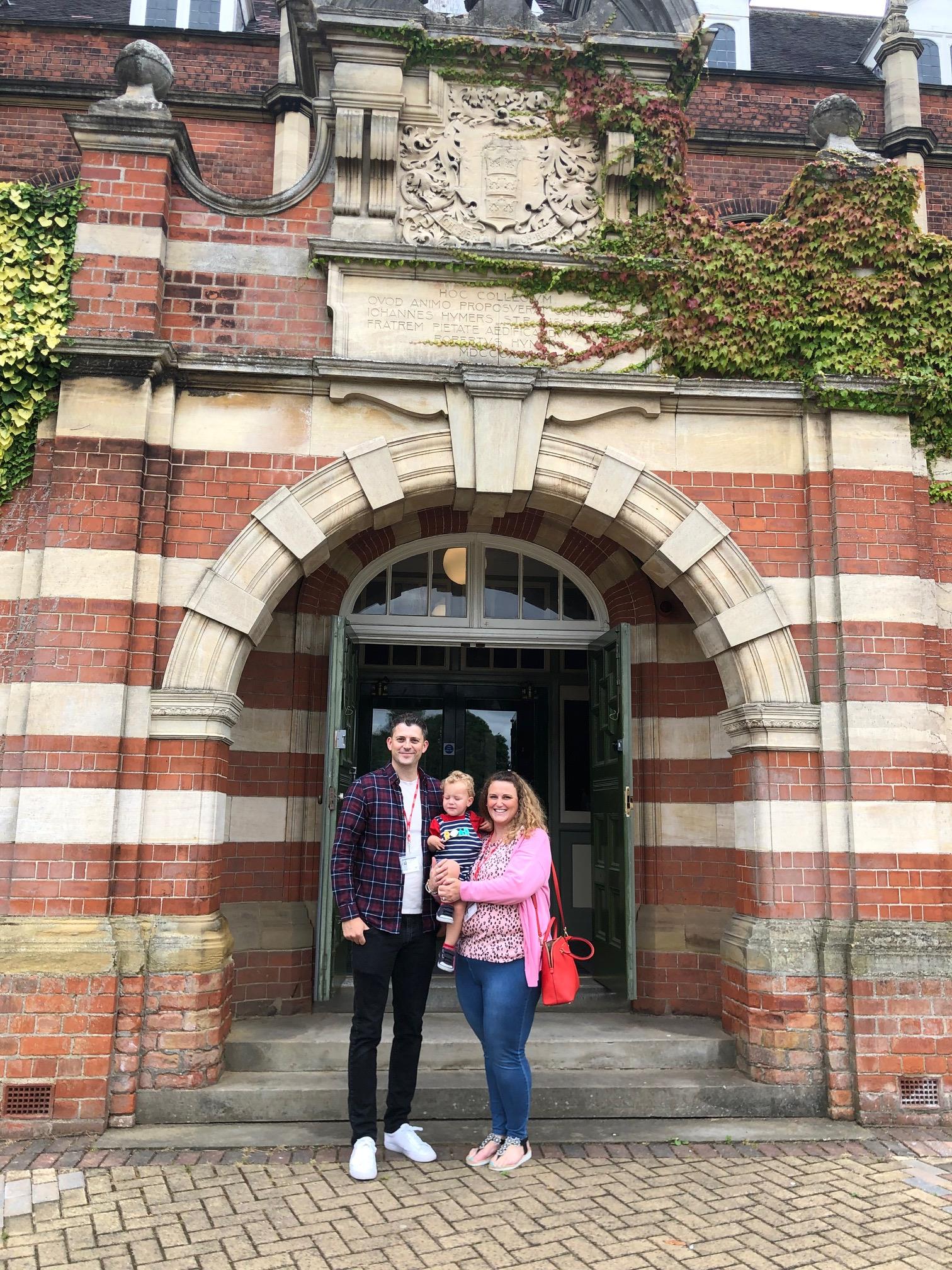 At the end of July (2022), we welcomed back Paul Wilson and his family to have a look around the school.  Paul attended Hymers between 1995 and 2002.  He particularly loved the Sciences and had fond memories of Mr Sutton, Mr Wooldridge, Mr Bell and Mr Thompson to name just a few.

While Paul was at school, the 'new' Science Block was built in 2001, however, he was impressed by the refurbishment that had been undertaken in 2017 to the laboratories.  One of the last rooms he was in before leaving the school, was the old PL Lecture Theatre which has had one of the most noticeable facelifts over the years and is now the modern Adrian Beecroft Lab (ABL).  Paul recognised it by the high ceiling that is still there.

After leaving Hymers College, Paul went on to study Chemical Engineering at the University of Cambridge and recalled Mr Bell helping him with his application form to get a place.  Since graduating from university, Paul is now Senior Principal Process Engineer at Air Products.

Joining him on his tour was his wife Helen, his two-year-old son Louis, along with his Mother-in-Law.

Thank you for returning to visit the school and we hope to see you again soon.

Did you guess the locations of the Advent Doors? More... War was looming, talk of Hitler invading countries in Europe and Churchill called it the ' More... How well do you know Hymers College? Robert Hymers gifted money that he inherited from his brother, John, to carry out his wish More...