We found out more about Laurie Trewartha, his teaching career and life after Hymers 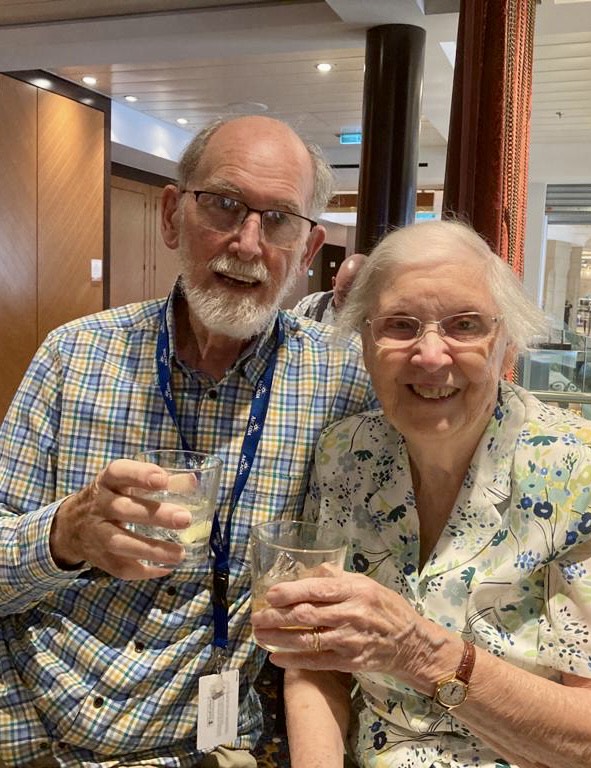 Twenty-four years, or, rather, seventy-three terms. I started in the summer term of 1968, having previously taught at a prep school on the Lancashire coast, a position to which it turned out that I was not suited.

Before that I had taught at the Bishop’s High School, an Anglican secondary school on the island of Tobago in the West Indies, where my wife, Isabel, whom some may remember briefly teaching maths part time at Hymers (1989-90), became Head of Maths. At Bishop’s I had in my form the current Prime Minister of Trinidad and Tobago, Dr the Honourable Keith Rowley.

I have fond memories of teaching there. What about a tropical evening lying on the school field, watching – and filming - an eclipse of the moon with members of the Astronomical Society, followed by soup from the kitchen.

Notable events during our residence in Tobago were the independence celebrations of Trinidad and Tobago in 1962 and hurricane Flora (“among the deadliest Atlantic hurricanes in recorded history,”) in 1963. With this rather unconventional teaching history on my CV, I was very grateful to be taken on by Harry Roach as an Assistant Master at Hymers.

What did you teach at Hymers College?

I was engaged to teach Latin and Greek in a department of three full-time classicists; Norman Walker, the Deputy Head, though I think his title was Second Master, Gerald Thompson, a scholar and charismatic teacher, who preferred Greek, and was also an accomplished musician, and I.

After the retirement of Norman Walker, Latin was then taught as a Modern Language by Dennis Jack, who also taught French, and me.

My first day at Hymers was the first day of the summer term. When I walked in to my first form I was met by a resplendent display of bright red blazers, the summer uniform of first formers of the time. I used to teach in a gown. Both these modes of dress were later abandoned.

Until about 1984, progression into the third form depended upon proficiency in Latin. The argument was that, since, in a two stream school, one form was going to study Latin and the other not, it was as well for the boys who were good at Latin to be put in the Latin form. Of course, since these boys tended to be good at other subjects as well, this practice was simply a form of streaming by ability. When Brian Bass took over, his predecessor is said to have advised him to change this, which he did.

In my early days the administration of the school seemed to consist of the Headmaster, the Second Master, the Bursar and two ladies in the office.

My involvement in the school’s extra-curricular activities was almost entirely musical. School music was Graham Watson, who had been appointed in the immediate post-war period, a choir, with which I sang, and an orchestra. When David Scotney joined the staff there was a brass group.

When I came to Hymers I was learning to play the viola and even played it with the school orchestra in the City Hall. Soon after I had to give it up as my shoulders began to complain. Later I realised that the orchestra was desperate for cellists.  I borrowed my father’s cello and began to learn. I did it for forty years and found it difficult to the end. One can only be amazed at the proliferation of musical activity in the school of today.

It goes without saying that the most significant change during my service was the introduction of girl pupils. I had always been in favour of co-education on the grounds that schooling was meant to be a preparation for life, and I had taught in a mixed school in Tobago, which had about two-thirds girls, but I had never encountered a girl in an English school, except the prep school I previously taught in, where the Headmaster’s daughter was an honorary boy. Girls are supposed to introduce a more civilised element in a former boys’ school and I fancy this to be so, though my experience was limited to the first and second forms.

My recollections take us only to 1992 and so are thirty years out of date. Judging by a perusal of the school magazine (which itself has changed quite a bit) things have changed more in those thirty years than in the previous twenty-four.

I didn’t really do trips; the choir and orchestra didn’t get about much in those days. But in the beginning I found myself in charge of the Rowing Club. On my first day, the master in charge of rowing asked me if I would help with it as I had rowed at Cambridge. Of course I agreed. Then he told me that he would be leaving at the end of term. Hence this anecdote. In the spring of 1972 the rowing four were to compete in York and Leeds United were to play Arsenal in the final of the FA Cup on the same day. You will see that this put me in a difficult position. I solved the problem by depositing the boys at the riverside and checking that the competition programme was running smoothly. Then I walked into the town and found a TV shop showing the big match in the window.  I returned to the river in time to pick up the boys after their race.  The boys lost, but Leeds United won!

Before I went to Tobago I was training to be a Certified Accountant. 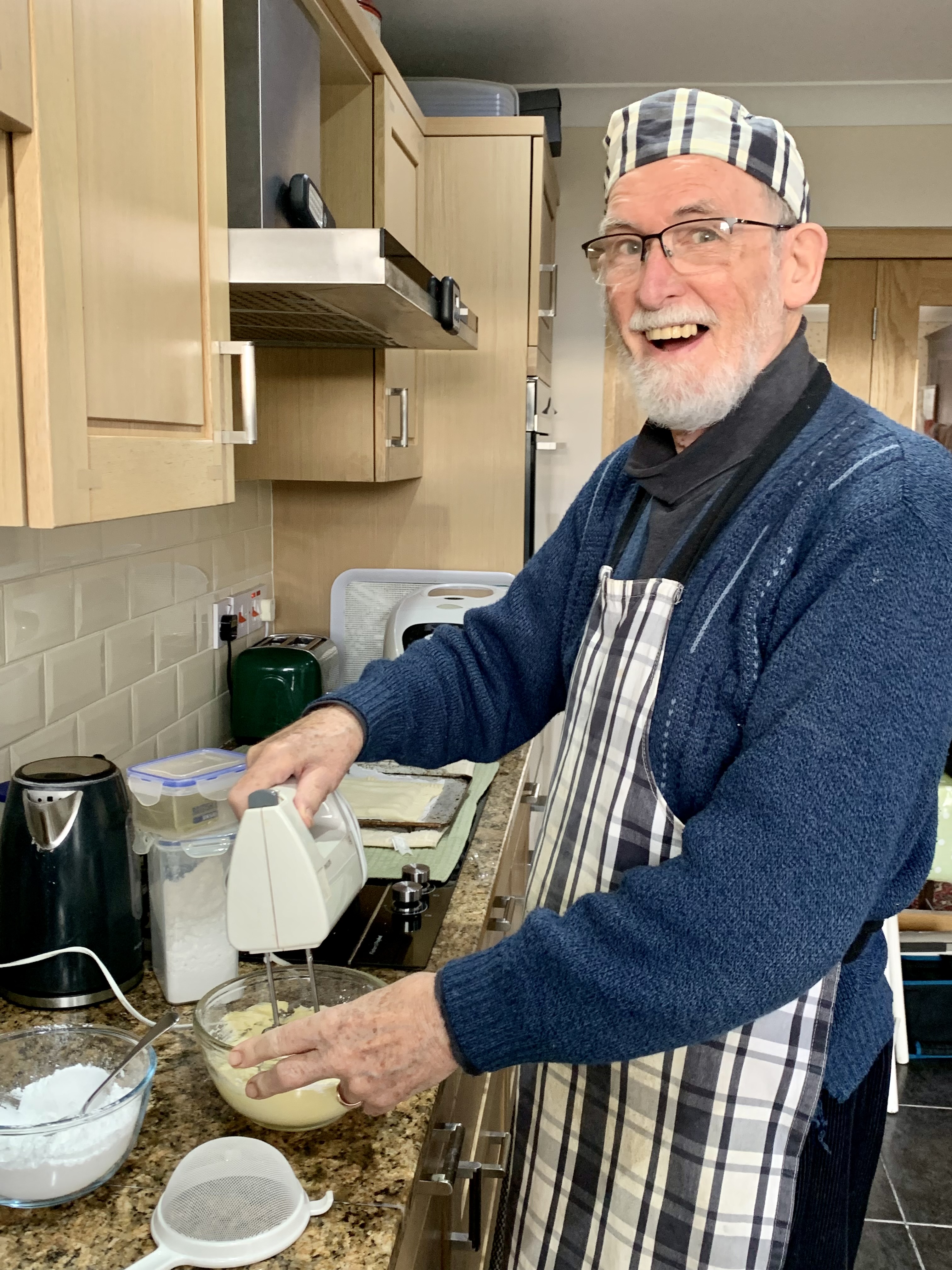 I had been the Treasurer at my parish church since I came to Hull and continued in the role for many years. I was also at various times churchwarden and secretary of the PCC.

I played the cello in the orchestra which later became the Hessle Sinfonia from the early seventies until 2014. I was also at times chairman or secretary of the orchestra.

We have five grandchildren and a great-granddaughter. We started camping holidays soon after we returned from Tobago and kept them up until a few years ago when our trailer tent became too much to handle.

On retirement we took up walking, which became hill walking rather too late in our lives. Our last significant walks, in our late seventies, were ascents of Blencathra in the Lake District and Snowdon.

Now we live quietly, mostly at home. I try to walk a mile and a half most days. I have learnt to cook and I watch a lot of rugby and cricket on television.