Starting with an Engineering role in an F1 Team, Andy Oliver (OH 2003-05) is now living in Australia and Head of Strategic Partnerships at Aerobond We recently heard from Andy Oliver, who told us about his life since leaving Hymers College and how he came to settle down in Adelaide.

I was lucky enough to get the chance to attend Hymers from 2003 until 2005, in year 12 and 13. My father was a Cardiologist, heading up a new unit at Castle Hill Hospital, which meant we moved up from Ipswich halfway through my Sixth Form. This meant that I actually repeated year 12 when I moved up, so being a new guy, with a southern accent, and being the only one in the year who was able to drive made the transition easier. Being able to take people to McDonalds during free periods is always a plus.

I studied Maths, Physics, Psychology, and Business Studies, dropping Maths after AS Levels. I originally enrolled at the University of Wales, Bangor to study for a BSc in Psychology, however, by Christmas of my second year, I realised that as much as I was interested in Psychology, it wasn't what I really wanted to do as a career. So I took a leap and enrolled in a BEng Automotive Engineering course at Birmingham City University, graduating in 2010 with a 2:1.

I was lucky enough to secure a graduate stress engineer role with a consultancy called Wirth Research in Banbury, Oxfordshire. At the time, the main clients were Honda's Le Mans Series LMP2 Prototypes, as well as Marussia Virgin Racing Formula One Team. After 6 months, the F1 Team parted ways with Wirth Research, and brought their engineering team in-house which meant I was working directly for an F1 Team less than a year after graduating!

I was with the team for 3.5 years, mainly based at the factory, but traveling for most pre-season testing as well as attending 6-7 races a year. The pace of work, the intensity, and the cutting-edge technology really gave me a phenomenal background in Structural Analysis in both metallic and carbon-fibre composite structures.

After working 6.5-day weeks for that entire time, it was starting to lose its magic, and I was given an opportunity to move into Defence with Lockheed Martin UK, based in Ampthill in Bedfordshire. I started off as Head of Structural Analysis for the Special Projects area and later moved up to Chief Engineer - a truly different challenge, working closely with the Ministry of Defence in London on Classified Programmes.

I was given the chance to travel to Adelaide, South Australia in 2017 as part of a multi-national Defence research project, and fell in love with the place - the city, the climate, the people - it's a hidden gem. 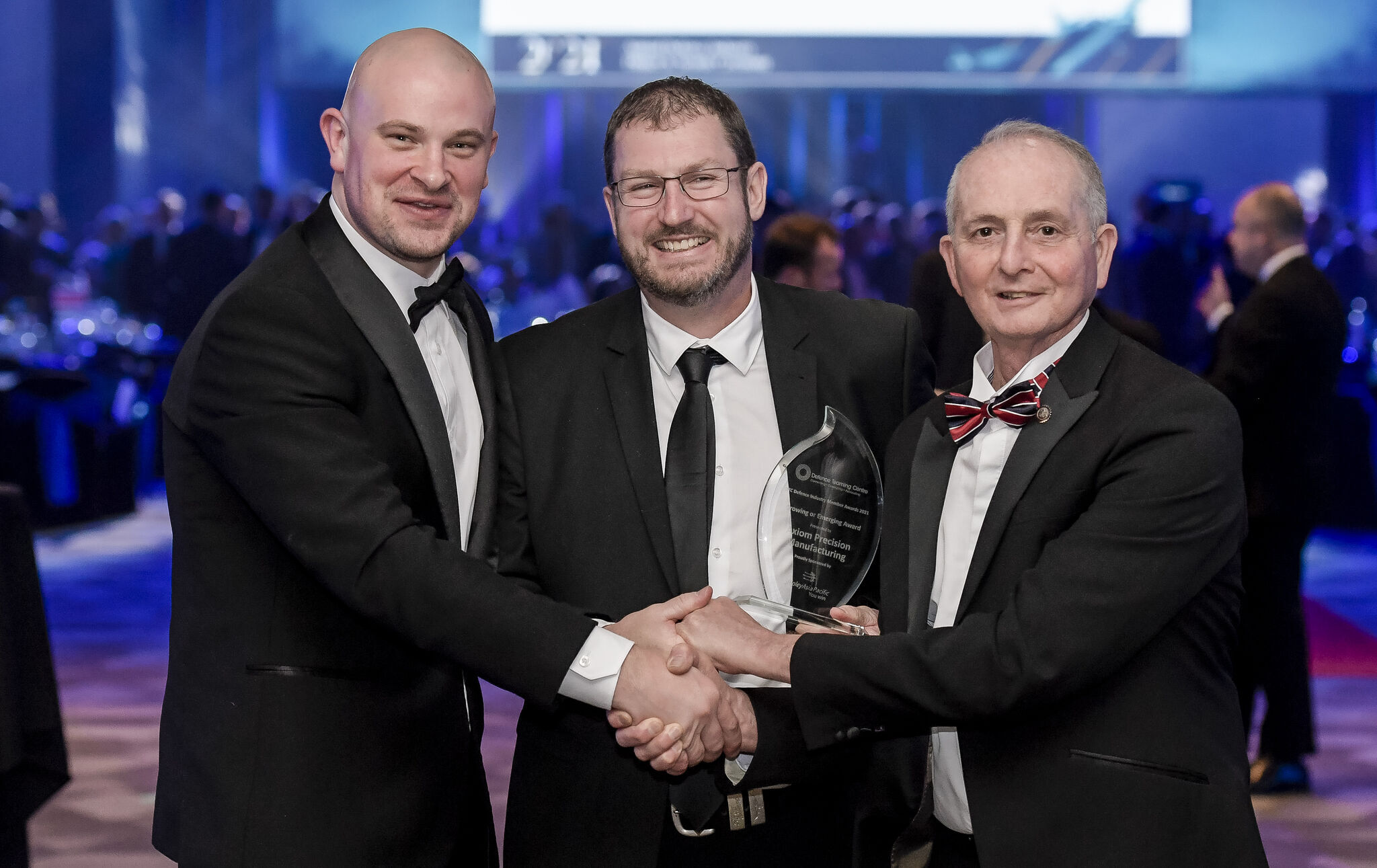 After taking 2 years to gain a visa, we moved to South Australia in March 2019 and will be eligible for citizenship in April 2023. I have held a couple of Engineering and Business Management positions since emigrating, but feel I have found my home with Aerobond - an aviation and defence structures company, where I hold the role of Head of Strategic Partnerships. I am able to use my business leadership skills and networking capabilities in order to develop relationships with customers and suppliers, while also being able to stay involved in the technical side, especially carbon-fibre composites. Businesses I have worked for have won various awards within the Defence industry; something I am very proud to have contributed to.

The time difference and distance make it hard to keep in touch with a lot of old classmates, but I caught up with Richard Steel while he was traveling in Oz a couple of years ago. As he said in his caption on Facebook, "12 years had passed, but neither of us had aged a day".

It's hard to pick a favourite teacher because all the teachers I met in my two years at Hymers were all fantastic people, not just great teachers. Mr Swinney, Mr Gravelle, Mr Guy, Mr Fitzpatrick, Mr Exley, Mr Bell but I have to mention three who were most memorable. Mr Bushby, as my form tutor and Psychology teacher, and Mr Thompson and Mr Wooldridge (Woola) as they really ignited my passion for engineering, which has given me such a wonderful career so far, and continues to do so.

I was a keen rugby player during my time at Hymers, but my school rugby career was cut short by me turning 19 in December of Year 13 - given that it was an under 18 age grade, I wasn't allowed to play for Hymers as much as I would have liked. Highlights were probably traveling to Ampleforth for a 1st XV game, always a great, intimidating atmosphere, plus the local games with Pocklington had a bit of needle present. Being able to play with players like Rob Vickerman, Simon Lilley, James Plaistow, Tom Whittaker, Matthew Briggs, Matty White, and Adam Greendale made my job a bit of a workhorse in the pack much easier - true superstars on the rugby field.

My funniest memories have to be Mr Fitzpatrick yelling at anyone and everyone to get off the cricket square when walking to the pavilion, and Mr Wooldridge dropping in random phrases like "rhubarb" to check if we were still listening.

If I'm ever back in East Yorkshire I'd love to pop in and say Hi. I have many, many happy memories of my time at Hymers. A truly unique institution, which stays with me, even given my relatively brief relationship with the school.

Thank you for taking the time Andy to discuss your 'Life after Hymers' and we would love to see you visiting the school, should you be back in East Yorkshire. The Band of His Majesty's Royal Marines Collingwood

Sam Hairsine (OH 1994-97) is Director of Music of The Band of His Majesty's Royal Marines More... Richard has been singing with St. Mary's choir for over 60 years. Madison Taylor (OH 2016-20) is behind the clothing brand that she started while at univers More...