Amy Trynka was at Hymers College from 2001 to 2011.  She went on to study History at London School of Economics (LSE).  While at university, she worked part-time at both a restaurant and a post-production studio. She has lived in London ever since and made some lifelong friends through both her course and playing netball at LSE.

After university, she took a full-time position at the post-production studio as a Commercial Manager. After a couple of years of working and saving up, she took a year out to travel around Asia, Oceania, and South America. This included working in Sydney for 6 months as part of the 14-month trip.

While in South America, she was offered a job interview at Arsenal Football Club which meant cutting her trip short to attend, but it had always been her ambition to work in sport.

After a successful interview, she joined Arsenal in 2017 on their Graduate Programme which was a two-year rotation scheme. She worked in Stadium Management, Finance, and with the First Team for two years, which gave her great exposure to different parts of the organisation.

My highlight of that time was getting to attend the squad’s warm weather training in Dubai and the Europa League Final in Baku. 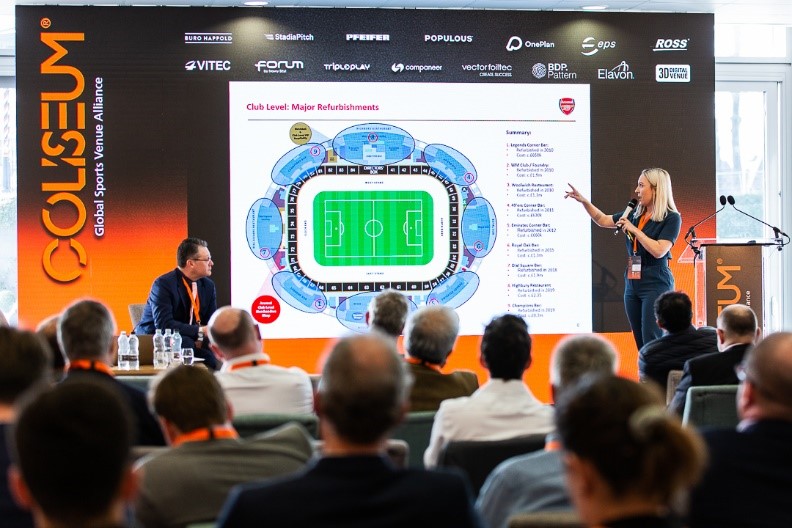 Following the Grad Scheme, she was offered a permanent role in the Business Strategy team which she did for 18 months before taking up her current role as Venue Projects & Strategy Manager. Her team provides strategic insight and project management support to the Venue Department which is responsible for Ticketing, Hospitality, and Fan Services at Arsenal.

Amy will soon be getting married in August 2022 and her two 'partners in crime' from school will be two of her bridesmaids.  Another close friend from Hymers is now her sister's boyfriend!

Her favourite teachers at Hymers were Mr Gravelle and Mr Exley.

I loved Business Studies and Economics and these two legends made every lesson fun. Whether it was to play Business Blockbusters with Mr Exley or visit Jackson’s factory with Mr Gravelle in the minibus, it was always a lesson I looked forward to.

I snuck my pet micropig Bangers into the school during sixth form and we had to hide him from the teachers all morning until my Grandma came to pick him up. A couple of teachers that won’t be named helped make sure we stayed under the radar!

There were only a small number of girls in her year meaning the sportier ones played most sports.  Amy loved all the sporting activities and most of her best memories from Hymers revolve around playing netball, hockey, tennis, or athletics with her best friends at lunchtime, after school, and at the weekends.

Mrs Guy and Mrs Tapley were the best coaches and I’m very grateful for their patience over the years as we weren’t always the best behaved!